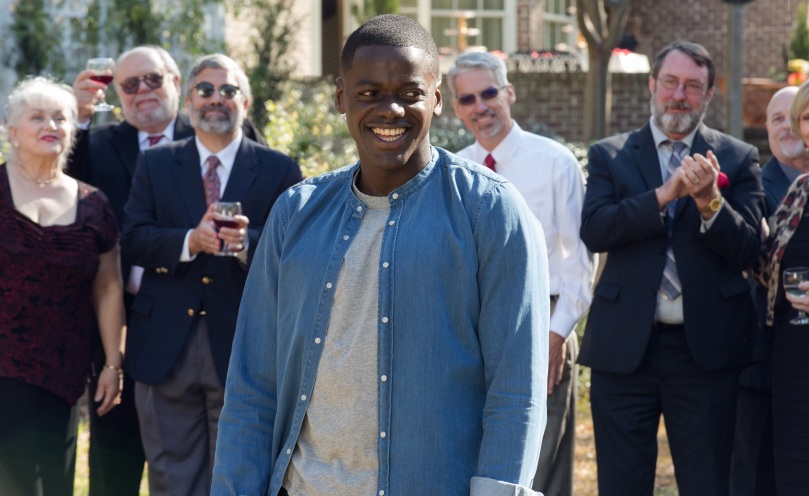 It’s no secret that 2017 was a great year for film, and horror, in particular, had more than its share of moments to shine. In a year that brought us such amazing films as The Girl With All The Gifts, Creep 2, and The Transfiguration — among others — it was difficult to pare this list down to just ten entries. But I somehow managed to do it. In no particular order — because getting this list down to ten films was hard enough — here are my favorites of 2017. May 2018 bring us even more.

With only two films under his belt, Oz Perkins has firmly established himself as a talented filmmaker with an eye for the mysterious. Like I Am The Pretty Thing That Lives In The House, The Blackcoat’s Daughter is steeped in an atmosphere as beautiful as it is unsettling. The story of two girls left behind at a boarding school over a winter break and the strange presence that haunts its halls doesn’t adhere to any established rules. It is a magnificent example of tempered and deliberate storytelling that absolutely delivers. 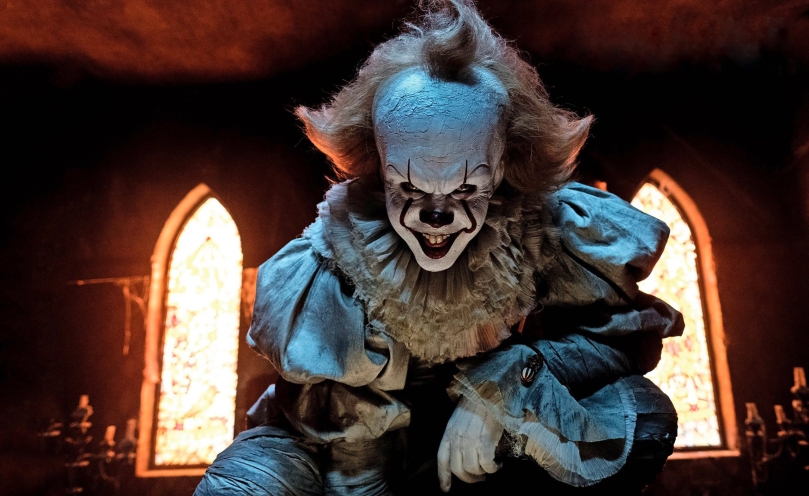 No theatrical experience in recent memory was as exciting and terrifying as IT. Highly anticipated, this new version of Stephen King’s seminal story did not disappoint. Andy Muschietti (obligatory and enthusiastic shout out to Mama) displays a keen understanding of what makes this story work as well as it does. He leans into the relationship between the kids and lets that guide the film, layering terrifying moments with Pennywise often, but allowing the audience to first and foremost fall in love with his rich cast of characters. We care about them so much that when Pennywise does show his horrifying face, we are doubly terrified.

If anyone was going to hit it out of the park with a complex story of abuse and survival wherein the only character is handcuffed to a bed, it was going to be Mike Flanagan. He has always had a skill for bringing a healthy amount of emotion to his horror stories, and Gerald’s Game is no different. Our heroine (played to perfection by Carla Guguino) must fight against the physical limitations of her entrapment, but also the emotional ties to her past if she is to survive. Sometimes the most terrifying monsters are the ones in our heads and in our hearts. 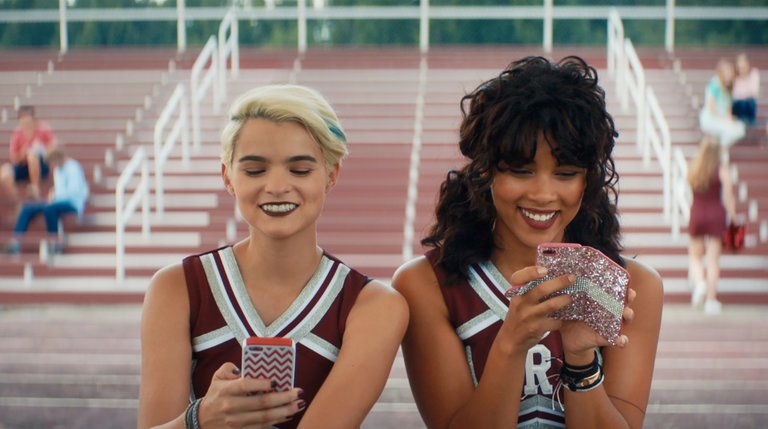 Friendship and murder and blood! Tragedy Girls was one of the most entertaining movie experiences that I had last year. Brianna Hildebrand and Alexandra Shipp play this story to perfection as a pair of horror-obsessed friends who use a slew of violent deaths in their small town to up their social media game. Sharp, witty, and energetic, it offers a story that is crazy-entertaining and will have you cheering.

If I were going to pick a single favorite of 2017, this would be it. Jordan Peele’s socio-political horror film touches on a number of relevant issues that both contribute to its story and provide commentary on race in our current political climate. Tapping into numerous issues and thoughtfully weaving them into a Stepford-style tale, Get Out offers so much more than your average fright fest (though it does do the frightful moments particularly well). 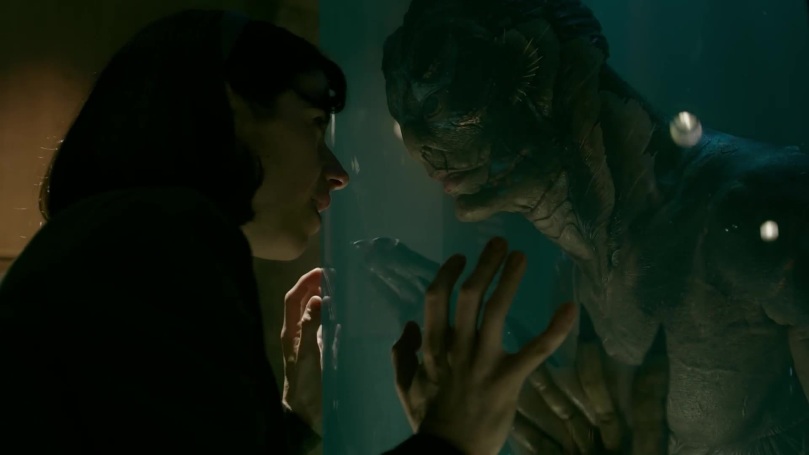 The Shape Of Water

Guillermo del Toro has once again crafted a monster movie that challenges our notions of monsters and heroes and creates a new fairytale for the ages. Beautiful, clever, and above all heart-touching, it might not feel like a horror movie on the surface, but, like much of del Toro’s ouvre, digging a little deeper reveals the horror innate in human kind and the ways we wield it.

Metal AF! Sean Byrne’s follow up to The Loved Ones is a story that taps into the sheer terror of being a parent and knowing that you can’t always be there to protect your child. Monsters come in all shapes and sizes, and don’t always stay in the shadows. This film combines existential dread and atmosphere with very real world fear and centers it all on a loving family just trying to get by. Excellent performances from Ethan Embry and Pruitt Taylor Vince. 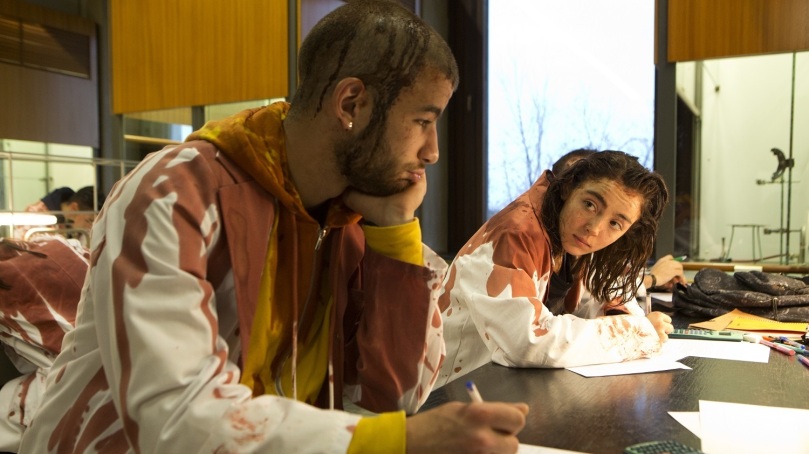 Julia Ducournau’s horrifying coming-of-age tale is one that you won’t soon forget. When a young vegetarian first eats meat during a school hazing ritual, her life takes a turn for the strange. And the vicious. Ducournau uses a variety of memorable scenes and scenarios to fully illustrate the horrors that the transition to adulthood can bring. Star Garance Marillier turns in an incredible performance and the film as a whole will not soon leave your mind. Raw’s strength is not only in the way it shocks you in the moment, but the way it echoes in your brain for the days that follow.

In the vein of Behind The Mask: The Rise Of Leslie Vernon, Found Footage 3D is a film that walks the walk of being a horror movie, while lovingly lampooning the genre at the same time. When a film crew sets about the task of making the very first found footage movie in 3D, they unwittingly find themselves square in the middle of an actual haunting, and learn that not all of the scares will be confined to the script. The film does a great job of sending up all of the little quirks associated with the subgenre — why the characters continue to film once things get really scary, for example — while also finding a reason for them to exist within the greater story itself. It’s a ton of fun with some legitimately frightening moments.

This is a film best seen cold, so if you haven’t had the opportunity to check it out yet, definitely do, and I won’t spoil the details here. Suffice it to say, Better Watch Out is a Christmas horror gem that will definitely be in my yearly holiday viewing. It offers up an entertaining premise that keeps the audience on its toes through the very end. The devil child of Home Alone and Funny Games, Better Watch Out is best experienced unspoiled, and it’s one that delivers ten times over.