The Deeper You Dig is an unnerving and occasionally hallucinogenic meditation on grief and guilt. Written and directed by its stars (Toby Poser and John Adams), the story focuses on three characters brought together by tragedy and slowly plunges them into a hell of their own making.

The film opens with the fateful death of fourteen-year-old Echo (Zelda Adams, who co-directed alongside her parents), and then splits its time between the man responsible, John (John Adams), and Echo’s mother, Ivy (Toby Proser). Though her death was an accident, John is unable to face up to his responsibility and chooses to hide his involvement. Ivy, meanwhile, is desperate to learn something — anything — about Echo’s fate.

The supernatural element bridging these two stories is Echo herself. John tries to move on and forget about the accident, but is faced daily with constant reminders of his transgression as Echo begins appearing to him. As the days progress, her visits become more and more intense as she begins working her way into John’s head in a very real way.

She also remains a presence in Ivy’s life. In addition to the pain of not knowing what happened to her daughter, Ivy draws upon her work as a medium. She has a natural connection to the world of the dead, though it has been weaker as of late. She makes a devil’s bargain for the chance to communicate with Echo, and through that, she is offered the opportunity to get her daughter back. 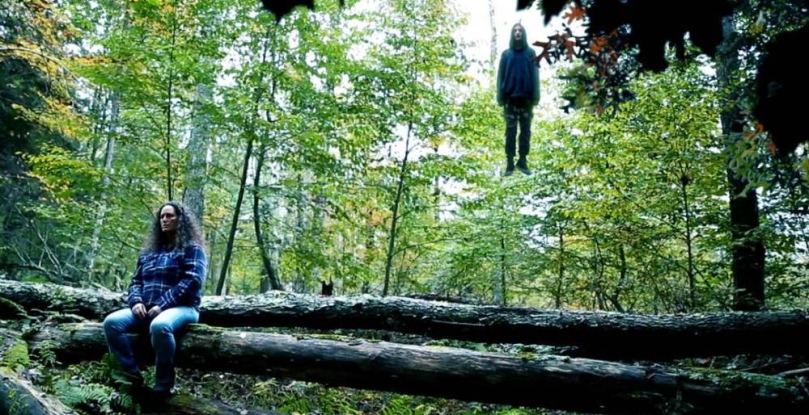 The story is a lonely one as each character is isolated by their own circumstances. Even before Echo is taken, she and her mother, while close, seem to exist on the edge of their community. Echo is a goth teen who doesn’t appear to have any close friends at school. Ivy works as a tarot reader, and though she has lost her gift of sight, she is more than happy to continue the ruse for an extra bit of cash. We immediately sense a bond between them, but also get the impression that they don’t really have any other close relationships in their lives. John has little connection to the community, having only recently purchased the dilapidated house down the road from Ivy that he intends to renovate and flip. The film carries this lonely feeling from its first few minutes, and it only intensifies when Echo is taken away. It feels as though these three are the only people in the world, and the tragedy that binds them makes that painfully obvious.

The film is interesting in the way it skirts the line between horror and drama, using the supernatural forces at play to bridge the two. Echo’s appearances to John connect heavily with his guilt, and Ivy’s desperation to connect with her daughter drives her to the unknown. Echo’s tragic fate pulls both characters into the dark and unpredictable world of the supernatural. As the film goes on, it becomes increasingly abstract, with several scenes designed to throw the audience off balance as our characters try to decipher the dangerous waters in which they find themselves.

Overall, it’s an interesting film, though it doesn’t fully land. The narrative elements often find themselves at odds with the more abstract aspects of the film, but the conclusion it arrives at is a daring one, which definitely earns it some well-deserved points. This family of filmmakers is not afraid to take risks with this story, and even though they don’t all pan out, it’s a fascinating piece.