2018 Update: Everything is still bad! Worse even. Alas, there is good news, the best films in 2018 were horror films. Rejoice!

I feel like the past 5 or more years have been completely lush with new stories or fresh reimaginings of old tropes. I continue to be amazed by what filmmakers bring to the table and I think the sky is the limit for horror fans right now.

Women were front and center in the stories of 2018, and while I still would like to see more women in directorial roles, this year completely exploded the Bechdel test. Whether it was the agency showcased in Cam and Revenge or the comeuppance of Laurie in Halloween, or the majority female casts of Annihilation and Suspiria, women were more than final girls this year. Hell, even Mandy laughed in the face of her killer. The playing field is getting more level each year and all of our lives are richer as a result.

Keeping with the theme, the concept of a cam girl having her identity stolen is a very 2018 idea. Cam tells its story in a way that is passionate, sex-positive, and does not feel derivative or beholden to any old ideas. I continue to be impressed that Cam was able to pull off what could have been dull or overt, and this is in large part due to Isa Mazzei’s amazing semi-autobiographical screenplay and Madeline Brewer’s performance.

God, that opening sequence is harrowing! Okay, I will admit I feel weird about anything “fun” revolving around Nazis, but here we are — we do it all the time, and I can’t say I don’t enjoy it. I don’t think Overlord is a profound movie, but like the next movie, it was a very satisfying theater experience.

As I have spent more time away from A Quiet Place, I feel less excited about it. The movie does not feel like it is treading new ground and the plot was overly predictable. Nevertheless, for a thrilling popcorn flick, it satisfies every itch. There is something to say about a film that does nothing wrong while also not doing anything worth remembering. Wait, is there something to say?

Halloween surprised me after its lackluster first act. Showing Michael in confinement was humanizing in a way I did not want, and the heavy-handed stereotype of podcast-style journalists was a bit of a turn off. The feeling of “Halloween” kicks in once Michael begins to unleash his terror on the town. Michael’s showdown with Laurie and kin provides ample opportunity for excellent callbacks that do more than just rely on nostalgia and make this entry feel earned rather than just a victory lap.

6. Errementari: The Blacksmith And The Devil

I love movies that feel like you have fallen into a fairy tale. I mean, people love Guillermo del Toro, right? Why did no one talk about this? While the filmmaking is not quite at the level of del Toro, Errementari: The Blacksmith And The Devil fully explores the eponymous Basque folk tale without feeling the need to obscure any of the fantasy. Maybe it just clicked for me and told me a new tale in an engrossing way.

Director Panos Cosmatos and composer Jóhann Jóhannsson, in his denouement score, have created a transportive and dreamlike vision with Mandy. The first half of the film is truly hypnotic in a way few films have been. I was almost sedated by the waves of saturated color and the droning music. Then the second half of the film is just a wild video game-esque fever dream. I can see this being a comfort film to go back to in an odd way.

Michael Pearce’s directorial debut, Beast, is masterful. Like a David Fincher film, Beast is a rare movie that focuses more on narrative and character arcs than settling on a specific genre. The journey through Moll’s malaise of suburban life and her romantic interest in suspected serial killer, Pascal, never fails to be unnerving yet sympathetic. I liked where I thought the movie was wrapping up, and then I absolutely loved where it went after that. That final shot is SICK’NING.

Hereditary does not tell a completely new story, but for me, it is a perfect amalgam of horror. Haunted houses, cults, creepy kids, dioramas, grief, exorcists, Satan. Everything is here, but it does not feel hodgepodge in any way. It is perfectly cohesive. But also, Hereditary throws punches that most films, even horror films, would be afraid to. To make it even better, the child actors are great, and Toni Collette’s performance is absolutely haunting and arresting. Dead girl ant head! 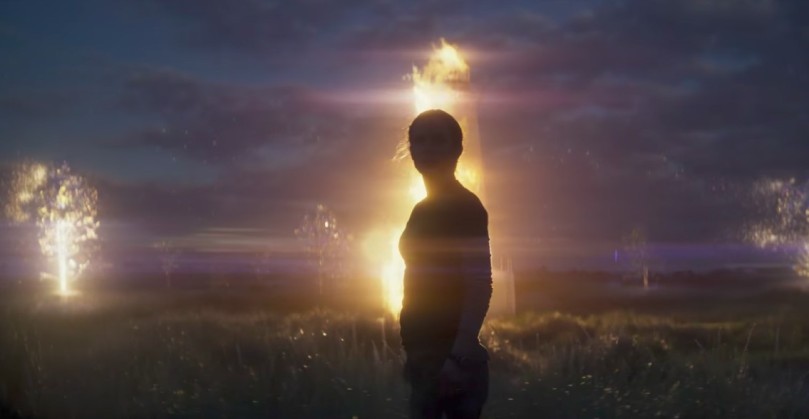 Like many others, I feel like Annihilation was made for me. A sci-fi/action horror movie that subverts traditional gender roles and has a completely audacious climax with stunning, original art design — what is there not to love? It is a literal feature-length Björk music video. Moreover, the story genuinely left an impact on me. I was meditating on what the film means about people’s ability to change and adapt for several days after. *stares off mesmerizingly into a nebulous void* 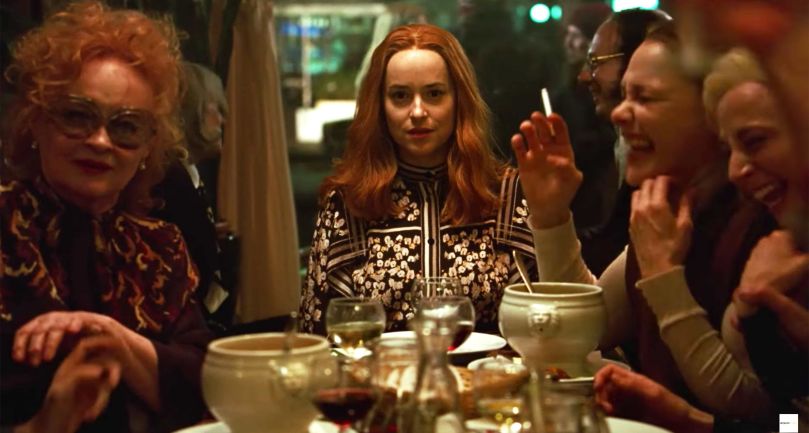 I honestly cannot tell you which film I will remember more fondly five years from now, Suspiria or Annihilation. But, I feel comfortable in saying Luca Guadagnino made the best film two years in a row. It is almost a disservice to call Suspiria a remake for what it does narratively. The story is provocatively complex and the commentary on German Collective Guilt stayed with me for a long time. Suspiria provided some of the best sequences, performances, music, cinematography, screenwriting, and art direction out of any movie in 2018. Suspiria is an absolute epic of a horror film. What do I wish? To die.

Best Horror Non-Film: Sharp Objects, The Haunting Of Hill House, Daughter’s You Won’t Get What You Want

2018’s 2017 Movie of the Year: I really did not have a chance to see Thelma in 2017 but it is a wonderful, if poorly paced, film. The score is excellent, there are women kissing each other despite disapproving straights, and there are incredible shots that stay burned in your head for a long time. If you are curious, it would end up somewhere around the 5 spot of either year.

2017 Top 10 List Edit: Dammit, Raw deserved to be higher! It somehow gets better on a second viewing.