Lucky McKee’s May has become a Halloween-viewing staple among genre fans. The strange fairy tale of a lonely young woman trying to find a meaningful relationship in a world of imperfection is a beautiful and unique film experience. May’s journey is one of hope and heartbreak, as we watch her try to form a bond with several people in her life, only to be let down and forced to take a rather unorthodox approach to finding that connection.

Ever since she was a child, May has stood apart from the people around her thanks to her shy personality and her lazy eye. Her mother insisted that she keep her eye covered in order to help her to fit in, but to no avail. Eventually, after May failed to make any friends at school, her mother gifted her a handmade porcelain doll named Suzie. The doll is kept in a glass box — a friend to be looked at, but never touched.

As an adult, May (Angela Bettis) has continued to keep Suzie as her friend and confidant, but has learned that a doll kept in a glass case cannot possibly give her everything that she needs from a friendship. She needs a companion who will reciprocate her affection and, most importantly, one who will accept her for who she is. She needs to be seen.

She first sets her sights on Adam (Jeremy Sisto), a former film student and horror junkie who works as a mechanic in her neighborhood. Having noticed him sitting across the street one day, May has developed a crush and is very interested in trying to engineer a meeting. Particularly, she is infatuated with his beautiful hands. After several clumsy attempts, May finally manages to initiate a conversation and the two explore the beginnings of a romantic relationship. 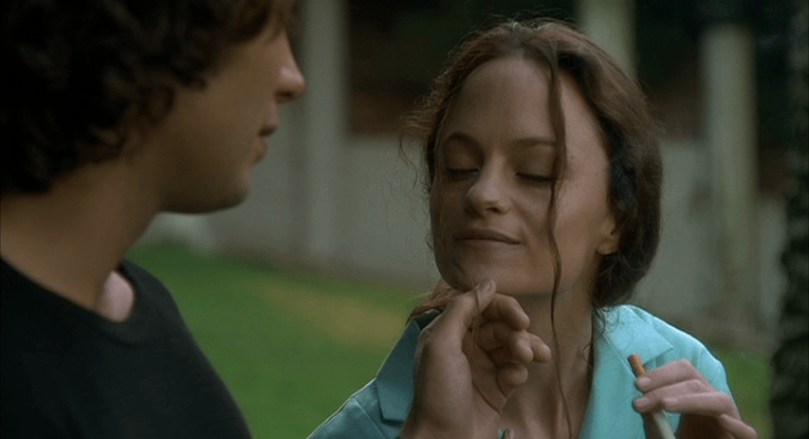 May knows that she is different from the other girls that Adam has dated, and one evening she fearfully asks Adam if he thinks she is weird. Adam responds in the affirmative, but quickly follows it up with “I like weird. I like weird a lot.” That is, until their next date, when May bites his lip during foreplay and draws blood. Suddenly, Adam’s interest wanes. He abruptly leaves May’s apartment and begins dodging her calls, effectively ending any chance at a continuing relationship.

As May mourns her failed attempt at romance, her coworker, Polly (Anna Faris), begins to take an interest in her. She is particularly intrigued by May’s habit of cutting her fingers with scalpels when she thinks nobody is watching. However, Polly’s interest in May is purely sexual; she isn’t looking for anything serious, whereas May longs for companionship.

Polly becomes increasingly flirtatious in their interactions at the office and eventually convinces May to come to her apartment one evening. As they are making out, Polly coyly asks May if she feels weird about being with another woman. May responds sadly, “I am weird.” Polly becomes excited and exclaims “I love weird!” as they fall into a sexually charged embrace.

After her evening at Polly’s apartment, May is happy, thinking that she has finally found the connection that she was looking for. It is short-lived unfortunately. When May returns to Polly’s a few days later, she finds her with another woman. She comes to understand that the connection she made with Polly was superficial, and that Polly has no interest in getting to know May on a deeper level, in either a romantic or a platonic sense.

Dejected by her numerous failed attempts, May turns back to some words of wisdom imparted by her mother — if you can’t find a friend, make one. 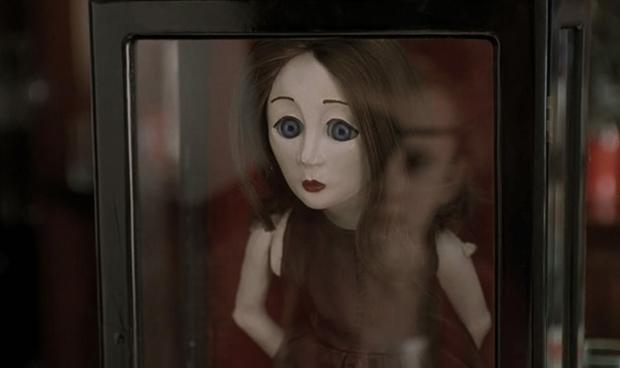 The story then transitions to its brilliant finale, wherein May travels around town on Halloween night and collects her favorite body parts from the people she has tried to befriend — Adam’s hands, Polly’s elegant neck, and the beautiful legs of Polly’s new lover, among others. May brings them all home and stitches them together to make Amy, her own perfect friend.

The horror in this story is not the murderous lengths to which May will go in order to find and keep a companion. The real horror is the loneliness that drove her to those actions to begin with.

May is a weird girl. She is twitchy, she is socially awkward, she is completely unphased by the foul and disgusting (as is illustrated by her work at the animal hospital), and she has filled the social void in her life with dolls as her companions. As such, she has lived in relative isolation. The people that we see her pursuing are intrigued by her strangeness, but have little interest in embracing her as a person. Adam sees her as quaint and amusing — someone he hopes to shock and impress with his interest in the macabre. Polly finds May’s self-harm to be thrilling and kinky, and is only interested in her as a sexual fling. Despite both of them telling May at several points that they “love weird,” they are not prepared for the person that May actually is. They don’t see her. They can’t accept her. And no matter how hard she tries, she remains an outcast.

Watching May repeatedly reach out, only to be crushed, is a heartbreaking piece of this
beautiful story. Despite her strangeness, it is easy for the audience to identify and fall in love with May. We want to see her find happiness just as much as she does. We cheer her on as she approaches each new opportunity for friendship and want to hug and comfort her when each one fails. As much of an outcast as she is, we see her, and her loneliness breaks our hearts as much as it is breaking hers.

When we reach the final scene, May is so desperate for Amy to come to life and to truly see her that she plucks out her own eye and gives it to her creation. As May lies crying on the bed, lonely, in pain, and exhausted, Amy slowly reaches up and begins stroking May’s face with her (and formerly Adam’s) beautiful, perfect hand, giving her the comfort she has so longed for. As horrific as the act of bringing Amy to life is, it is worth it to May in order to finally escape her isolation. To finally be seen.

As the film draws to a close, May has the thing that she has always wanted: love, companionship, a connection. The nightmare that has been her life-long loneliness is at bay as she lies in the comforting arms of her new friend.