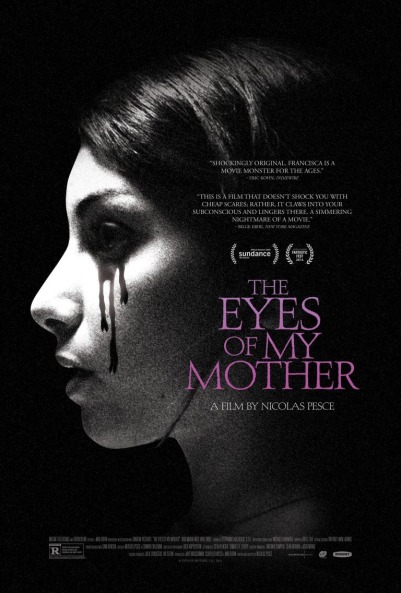 Nolan is joined by Emily von Seele, Paul Farrell, and Philip Yount to discuss Lucky McKee’s May (2003) and Nicolas Pesce’s The Eyes Of My Mother (2016). The crew share their thoughts on spooky season discoveries, as well as recent releases and rewatches, before trauma and prolonged isolation force the group to take extreme measures in an attempt at making friends.

As will always be the case with this show, be aware that our discussion contains spoilers. If you want to watch the movies before listening to the show, there are a couple of ways you can do so. The Eyes Of My Mother is available to stream on Netflix, and both it and May are available to rent via video-on-demand, as well as being available for purchase on Blu-ray or DVD.

Gender Bashing: THE EYES OF MY MOTHER’s Feminine Navigation of Violence by Anya Stanley (Dread Central)

May by Scott Tobias (AV Club)

Halloween 2019: The Ghosts and Shadows of THE UNINVITED (1944) by Emily von Seele (Daily Dead)

Forgive and Forget: The Exploration of Guilt in STARFISH by Emily von Seele (Dead Ringers)