As film lovers, we are constantly in a state of revelation and curiosity. We are simultaneously searching for that next, new high while loudly championing and reveling in that which we’ve seen and loved.

There is no time of year where that quality is more prevalent than at its conclusion. The top 10 list is in many ways a personal statement. A representation of your instincts, your values, and your artistic proclivities. Something to be agonized over, switched around, and then displayed for all the world to see.

Therefore choosing 10 favorite movies for a given year, a given category, is about more than just what is on the screen. The choice regards the experience, the feeling, the context of the viewing. The choice, once again, is personal.

So, here are my 10 favorite horror films of 2017. Films I have reveled in, films I will champion. Hopefully, if there are any you haven’t seen, they serve to momentarily quench that insatiable curiosity we as film lovers all carry with us.

A Joe Lynch movie has energy. A drive that is kinetic and chaotic, but controlled. Mayhem is no exception to this.

Steven Yeun and Samara Weaving provide two of the most fun performances of the year as they attempt to scale an office building to finish off those in charge — fueled by a virus that lowers all inhibitions and therefore grants amnesty for the horrific acts one might perform under its influence. Beyond the violence and the zany storyline, what makes this film standout are the characters. Lynch spends time getting to know these two, providing them quiet, conversational moments that a film like this rarely affords.

Mayhem is a blast and easily ranks as one of my favorites of the year. 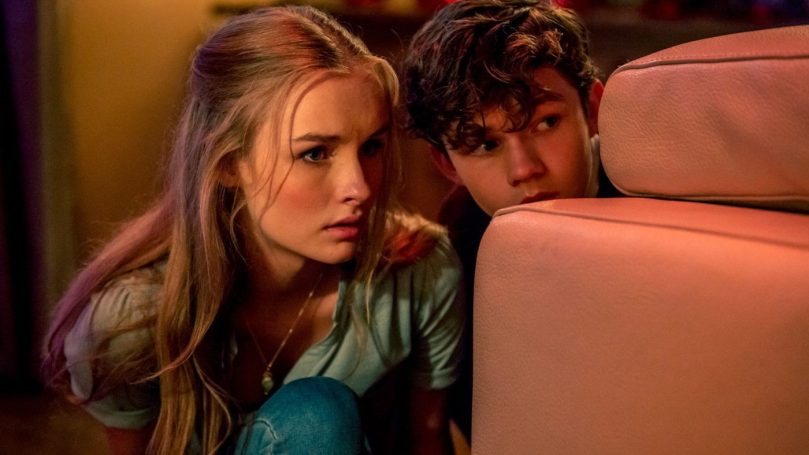 Better Watch Out hit that sweet spot for me: embracing the themes of Christmas horror (and Christmas movies in general) while subverting any and all expectations about the story being told.

The performances were phenomenal and the movie kept me on my toes. It was funny, frightening, and altogether unique. I know for some the large tonal, genre shift that occurs in the movie may be a turn off, but I felt the dichotomy between the leads drove the narrative forward through that shift and led to some very interesting storytelling.

This one will be an annual staple for me, no question. 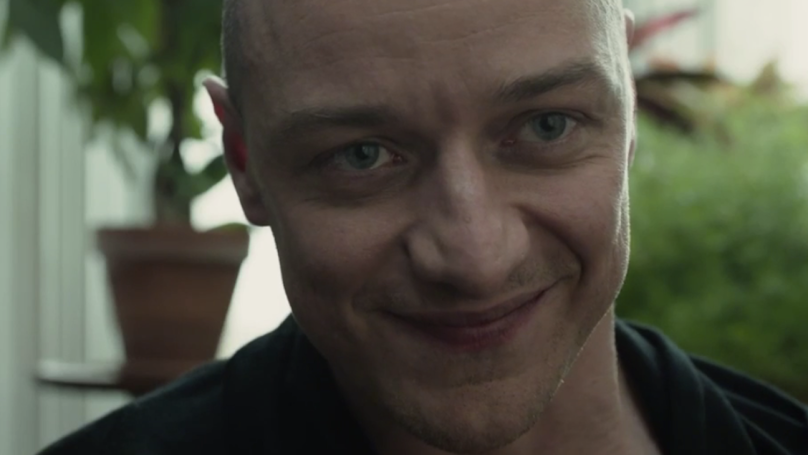 Split was a terrifying journey into the mind of a man who was anything but one man. James McAvoy gives (in my opinion) the performance of the year in this film. Layered and dynamic, I could not take my eyes off him. With every personality shift, McAvoy becomes a completely different person, lending legitimacy and real pathos to the film as a whole.

Many are calling Split a return to form for M. Night Shyamalan and I would not disagree. The film is frightening and has an edge that is reminiscent of the artist’s best work. Can’t wait to see what he brings us next.

Raw is an uncomfortably quiet film. A story about a young, repressed girl heading off to veterinary school with no knowledge of or experience with the dangers of puberty, adolescence, and the onslaught of burgeoning desire.

This was a movie that made me uncomfortable. Queasy. Upset.

Expertly crafted, intuitively told and unlike any other horror movie I saw this year. Something really special. 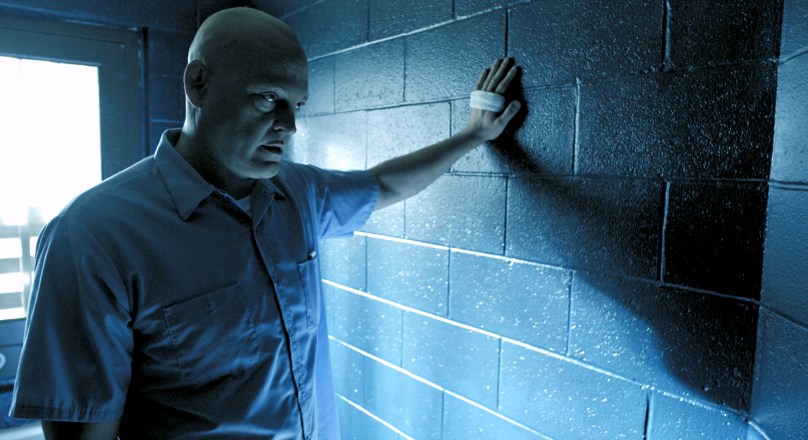 Craig Zahler has fast become one of my favorite directors. His first film, Bone Tomahawk, was a deeply emotional character journey into a horrific nightmare. And his second is not all that different.

While Brawl In Cell Block 99 may not have the compelling characters of his previous film to guide the audience through the awful events on screen, it does feature a character as deeply explored in Vince Vaughn’s Bradley Thomas. The film is peppered with moments to show who he is and what he is capable of, and is only concerned with the journey he takes to accomplish the goal the movie sets out for him.

By utilizing the tropes and mannerisms of an exploitation prison movie as the backdrop for this type of character exploration, Zahler subverts the subgenre he is playing in and crafts something entirely new out of familiar components. This is a film that will stay with you and haunt you with its raw, unrelenting violence and — in my estimation — continue to grow in clout in the years to come. 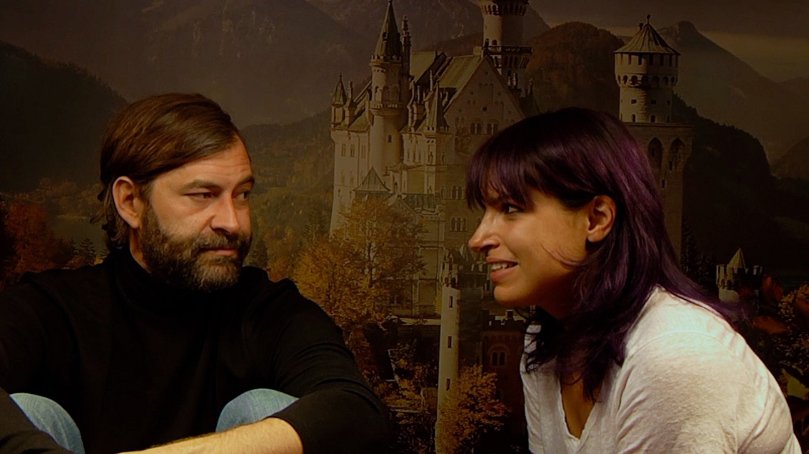 Creep was an innovative take on the found footage subgenre that subverted expectations and played with tone — expertly balancing comedy, drama, and horror.

Creep 2 blows it all up and does something entirely different while honoring what has come before. It’s impossible to discuss without spoiling anything, but after the events of Creep, this sequel decides to explore an entirely different side of its protagonist, playing with thematic notions of mortality, loneliness, and desire.

All at once a love story, a psychological thriller, and a flat-out horror flick, Creep 2 continues the trend of the first and does something entirely new with what has come before. 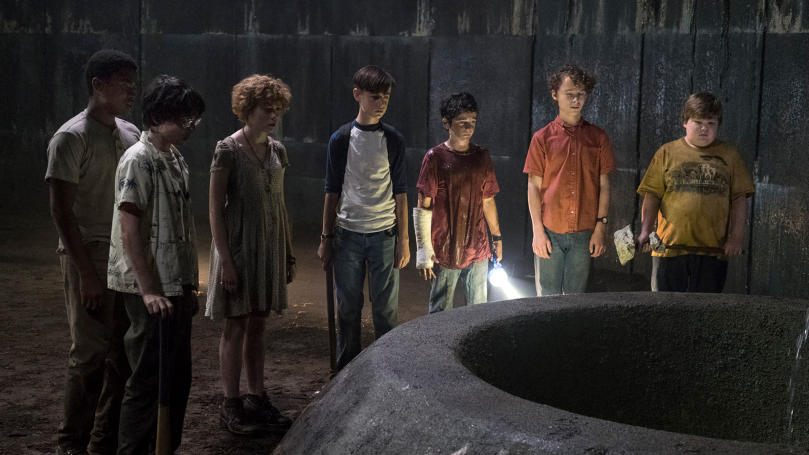 I read the novel IT fairly recently for the first time and had my first viewing of the mini-series shortly after. I loved them both, albeit for different reasons, and then heard a new theatrical offering was being produced.

I went opening night with a group of friends. The theater was packed. The excitement was palpable.

The movie played better than almost any other I’ve ever experienced theatrically (another occurrence I experienced in 2017, which I’ll discuss a few movies later on this list). This is big-budget Hollywood horror at its finest. It was slick, beautiful, and put together with the sort of love and care that comes from respecting the material and the audience.

The town of Derry has never been more perfectly realized than it was here. The new take on Pennywise was terrifying and oddly inviting. The cast of kids were fantastic, each realizing their fictional counterpart better than I could have ever hoped. The whole picture swept me away.

This is the sort of movie that reminds you why you love to go to the movies in the first place. 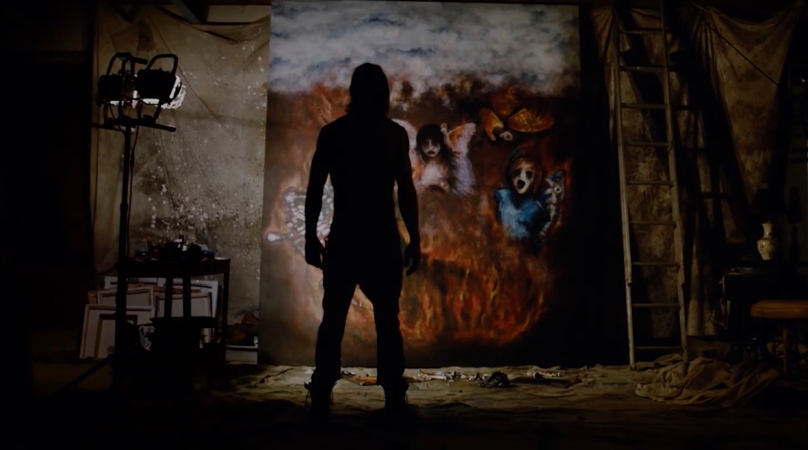 The Devil’s Candy is a heavy metal horror film with a heart.

The strength of this film comes from the characters that inhabit it. Immediately I was drawn in, cared deeply for the people on screen, and was therefore riveted by the horrific events they were soon experiencing.

Concerned with a painter driven mad by the visceral, terrifying images in his head, distracting him from the serial killer terrorizing his family, The Devil’s Candy is an edge of your seat roller coaster of a movie that will have you jumping up and yelling at the screen by the end.

The photography is beautiful, the characters worth fighting for, and the horror as biting and raw as you can imagine. A fantastic film. 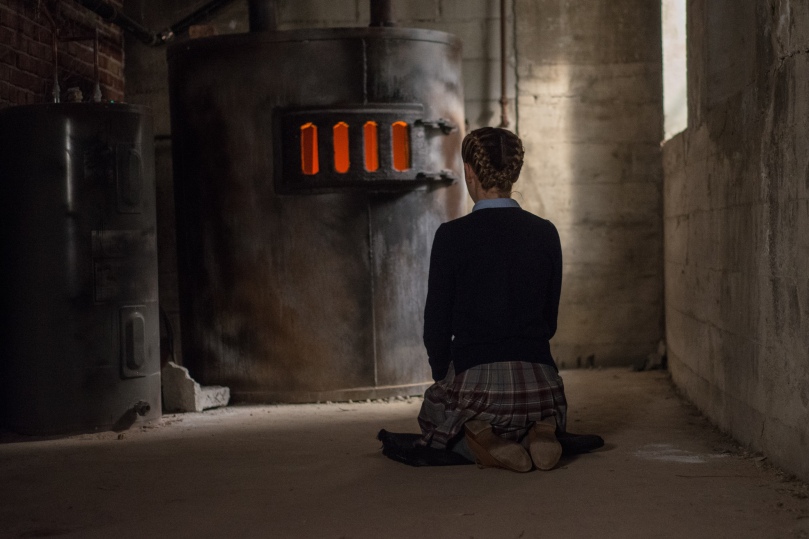 This was a film I had heard about for over a year before finally seeing. There was a lot of hype behind it and, admittedly, I was a little nervous going in.

The film is stark and chilly: like opening a door and unexpectedly stepping into a walk-in freezer. Every frame is dripping with dread. As the characters progress, heading toward the unpredictable conclusion that unites the film’s two separate plot threads, one cannot be anything but petrified at what that conclusion might be.

Expertly crafted, the aesthetic of this film will be with me for a long time as will its haunting finale. The only theatrical experience I had in 2017 that surpassed It, Get Out was a revelation.

Culturally relevant, with a message as important as any, while maintaining entertainment value (and avoiding the dreaded “preachiness” attribute) and doing something altogether new inside the horror genre, Get Out proved itself to be an instant classic. Not only did the film spark conversations about race and gender, it sparked talk about horror — reigniting interest for all filmgoers passionate about the genre.

Add to that how exciting it is to see a brand new filmmaker hit the scene running with a fully fleshed out voice and stylistic flair in Jordan Peele and it’s clear to see why this horror-lover immediately fell in love with this picture. It was a film that I couldn’t wait to watch again the second it was over.

It’s a film I’ve shown to anyone I meet that hasn’t seen it. One I will undoubtedly watch over and over again as the years go on. Not only is it my favorite horror film of the year, it’s my favorite film, period.

After all, it represents the best the horror genre has to offer: subversive, biting social commentary wrapped in an entertaining package that frightens, thrills, and stays with you long after the credits roll.