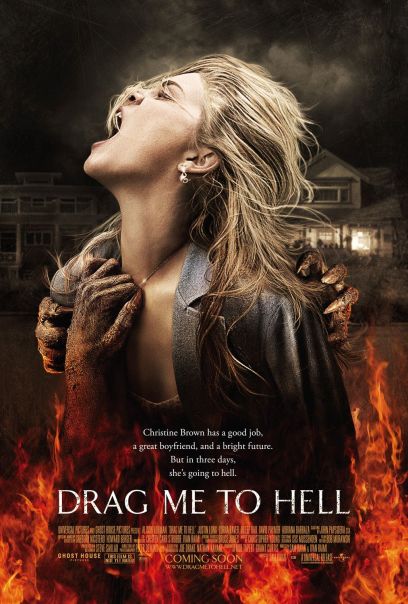 Nolan is joined by Paul Farrell and Philip Yount — as well as special guest Trace Thurman from the Horror Queers podcast — to discuss Jacques Tourneur’s Curse Of The Demon (1957) and Sam Raimi’s Drag Me To Hell (2009). The crew share their thoughts on recent horror releases, new discoveries, and rewatches before a vindictive curse comes to pass and drags them all to hell, kicking and screaming.

As will always be the case with this show, be aware that our discussion contains spoilers. If you want to watch the movies before listening to the show, there are a couple of ways you can do so. Both Curse Of The Demon and Drag Me To Hell are available to rent via video-on-demand, as well as being available for purchase on blu-ray.

Did Christine Brown Deserve Her Fate in ‘Drag Me to Hell?’ by Trace Thurman (Bloody Disgusting)

Pretending to be Alive: The Zombies of Land of the Dead (2005) by Paul Farrell (Scriptophobic)

[Fantasia 2019] THE SATOR Review: A Light in the Dark, A Voice in the Silence by Paul Farrell (Dead Ringers)

[Fantasia 2019] THE DEEPER YOU DIG Review: A Lonely Journey into the Depths of Grief and Guilt by Emily von Seele (Dead Ringers)

[Fantasia 2019] THE DIVINE FURY Review: A Priest and an MMA Fighter Take on the Forces of Darkness by Emily von Seele (Dead Ringers)